Home » Blog » Why AI needs to be trained, and how to do it painlessly

Why AI needs to be trained, and how to do it painlessly

If you’re one of the many enterprises adopting a new platform, tool, or solution that relies on artificial intelligence (AI), you’ve probably discovered that even though it’s smart, it’s not always smart enough to know what you want it to do straight off the bat.

The truth is that even though AI is smart, it’s still a tool that requires training and customizing for it to work properly. Here’s what you need to know about why AI needs to be trained, and how the process works.

Why do you need to train AI?

But most AI tools begin in a vanilla state, with plenty of potential but without the knowledge to bring that potential to reality for a specific use case. That’s why it needs to be trained. Training AI means teaching it how to properly interpret the data you give it, and how to learn from that data so that it can complete tasks correctly.

Training AI also includes making sure that it’s learning the right kind of lessons from the data you feed in. If not trained and monitored correctly, the AI can come to an incorrect conclusion, that was not what you intended.

For example, Amazon developed an algorithm to automate hiring new software engineers, but the tool quickly began to discriminate against women. It was trained on data from Amazon’s existing software engineers, who were almost all male, so it learned that men were the most desirable candidates. The tool downgraded applicants who had been to women’s colleges, played on women’s sports teams, or even used language that’s more often associated with women.

What does it take to train AI?

Training an AI model involves data, and lots of it. Many AI models are used to identify images, which means that first, people need to tag those images correctly.

A basic example is, imagine you’re training an AI model to recognize cats. You’ll need plenty (like millions) of images of cats in different sizes, colors, and from different breeds, so that the model can learn that a Persian longhair and a hairless Sphynx are both cats, as well as images of other animals like dogs, rabbits, and guinea pigs, so that the model learns that these are not cats. The images need to be tagged as cat or not-cat before being fed into the AI, and creating these training datasets can often be quite time-consuming.

Taking it up a level, how would you train an AI model to understand language? In this case, there is no need for a human to tag data (yay!), rather you would simply feed known sentences into the algorithm that are missing a word. You then let the computer predict what the missing word should be. If the computer guesses incorrectly, the model needs to be re-tuned so the next guess would be more correct. This process goes on until the computer reaches the correct word.

How to shorten the AI training period

There are ways to shorten this burdensome training process, and one is by using something called “pre-trained models.” The example of teaching AI to understand English is a great one, because this can be a pre-trained model for other AI algorithms that rely on understanding English as their first step.

Using a pre-trained model saves time in learning activities, but leaves us with a model that is too generic. We can then “fine-tune” it with a smaller dataset that is more focused on the task we’re trying to solve. For example, we can fine-tune a generic English language model with a dataset of medical texts to make it more usable for medical tasks.

Second Nature’s “learning mode” and visibility into it

Thankfully, Second Nature’s AI sales coach is fast and easy to train, after which your salespeople can practice sales conversations with AI prospects to their heart’s content. You don’t need to gather and clean datasets or tag any images; instead, you just need to find 3-5 of your best salespeople or subject matter experts, and ask them to have a sales conversation with Jenny – our AI coach – or one of our other role play personas.

If you’re wondering why 3-5 people is enough to train AI to have an entire simulated conversation about a complex topic like, say, cloud security, we hinted at the reason in the previous section: Second Nature’s AI algorithms are not a blank slate when you first start training them. For starters, we stand on the shoulders of pre-trained models that understand English, which saves a ton of training time. We fine tune the models so they already know how a typical conversation of this type would work, and we also use few shot learning to further shorten the training period.

When you first set up a simulation in Second Nature, it enters “learning mode,” which means that it knows to “listen” to the answers your expert salespeople give the AI and learn from the way that the user is speaking. The AI person asks questions, makes observations, and raises objections, and the salesperson replies in a natural way, so the model can learn what a “good” conversation sounds like.

It’s important for the AI to hear answers from a few different people while in learning mode, because there are different kinds of “good” sales conversations and each salesperson will present talking points or handle objections slightly differently, but different can still be effective. Unlike an AI that’s assessing words in sentences or cat images, there isn’t a single definition of “good.” Different people use different wording, speech patterns, and styles, but they all could be equally effective sellers. By hearing a variety of experts, the AI is able to create a full scoring model that can score sellers accurately and consistently once it’s out of training mode.

Bear in mind that even when Second Nature is out of its training mode, it will still carry on learning from its users, so the conversation simulations will continue to get better and better.

Training an AI tool doesn’t have to be difficult

Although training is a vital part of setting up any AI solution, that doesn’t mean that it has to be a headache. In fact, based on user feedback, we recently simplified Second Nature’s training mode. We added a new feature called “Learning Mode Visibility,” which lets users see how far they’ve already come in training the AI and how much longer it will take before the model is finished and the sales coaching course can be released broadly within the organization.

What are you waiting for? Start building your next sales coaching program today!

Rebecca is head of marketing at Second Nature. 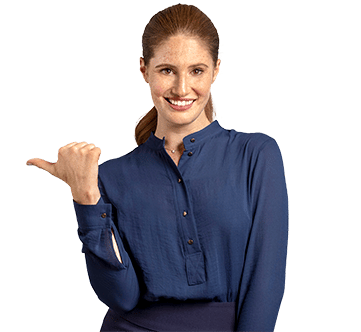 Salespeople can now use Second Nature right from where they “live” - Directly within Salesforce!...

Sales discovery calls don’t come naturally to every sales person. In fact, it can take...

Tap into your salespeople’s competitive drive with our new leaderboards that keep trainees engaged with...